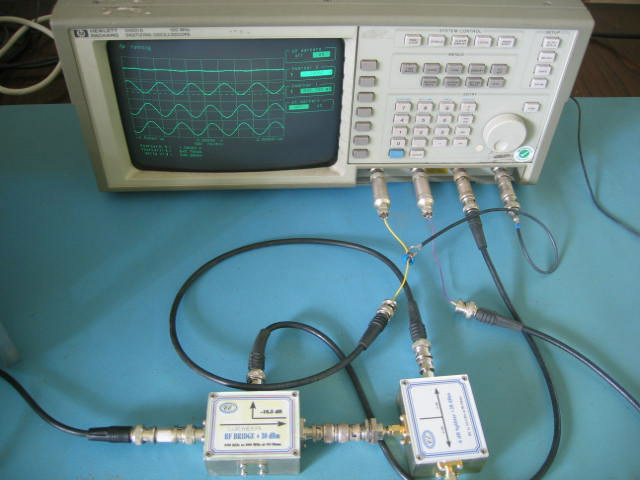 The two sample wires (yellow and violet) are now inserted going through the transformer in the same direction . It can be seen from figure 8 and the second trace down on the oscilloscope that the displayed voltage has practically doubled (in this case from 21.9 mV to 43.1 mV), thus showing that the current has doubled and therefore the two currents passing through the transformer have been added. 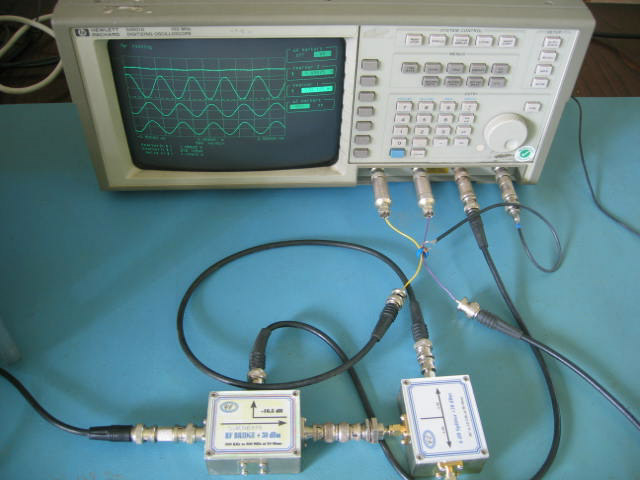 With the sample wires (yellow and violet) now placed in opposite directions through the toroidal transformer, it can be seen from the second trace down in figure 9 that the transformer currents have cancelled and there is no output from the current transformer. The currents are still present in the actual sample wires as can be seen by the voltages displayed on the two lower traces of the oscilloscope but the transformer has subtracted the currents and it looks as though there is no current at all from the second trace down! 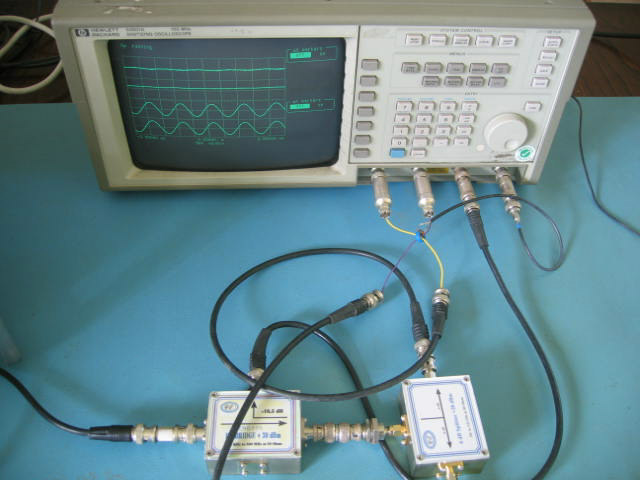 We can now see quite clearly the behaviour of the current transformer and there should be no confusion as to what is really happening. When identical currents of the same phase in two sample wires flow in opposite directions through the toroidal transformer, the resulting measured current from these two sample wires is zero. It can be logically deduced from this, that there is also zero output with two identical currents of the same phase going in the INCIDENT and REFLECTED directions in a single wire. It is extremely important to understand this very simple basic principle in order to be able to grasp the reality of antenna current distribution and transmission lines behaviour This simple fact has been ignored in the past and it has led to many myths and misconceptions.